Hi  how can we assist?

Korg have always been pioneers in devoloping the best in syhths, samplers and other beat creation hardware , with out compromising on sound they have now taken the step to make hardware more portable for your modern day Dj/Producer enter the Volca series a combonation of seperate units focusing on beat creation, depth filled synths, and gut punching bass modules all which can be synced into each other  wrapping it in an affordable range that wont dent your pocket

a little more info on these 3 little critters: 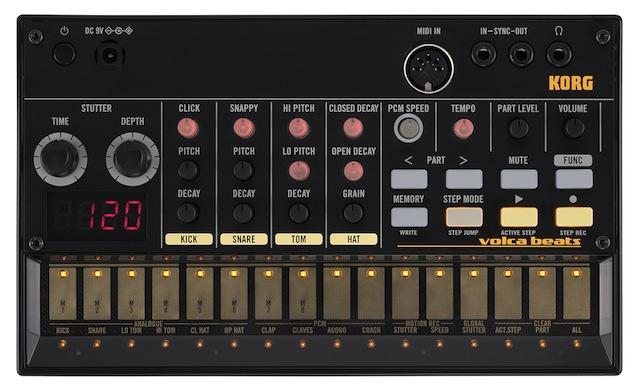 The first thing you’ll notice when you look at the Volca series is that they look pretty similar to Korg’s already popular Monotron Series. In a way, Korg used some of the same design and function features that made the Monotron’s really fun and easy to use. The Volca Beats offers up six different drum sounds, each of which are tweakable and can be dropped into a pattern much like the drum machines everyone has grown used to. The lows on this machine boom and when combined with it’s other elements and stutter fuction, it leaves you wondering if Korg has hired magical drum machine fairies to work inside the box. 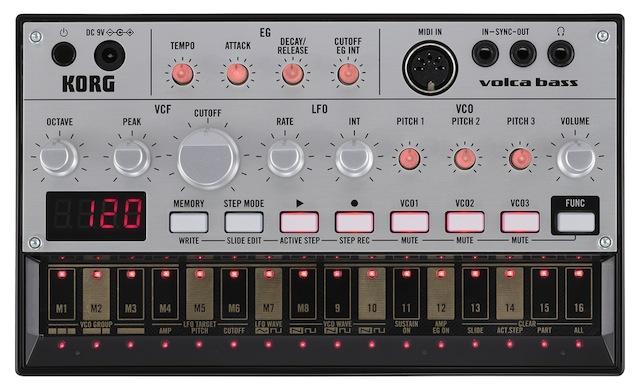 In 1982, Roland released a bass-heavy sequenced synthesizer called the TB-303. The 303 is best know for defining the style of house known as acid. Since its initial release, the 303 has been fetishized and replicated by various boutique companies. The Volca Bass, although not exactly the same, or as powerful as the 303, is actually a really cool and versatile synthesizer. The best part about the Volca bass is that you can set a bass sequence as well as an acid style sequence at the same time which gives you the low end as well as the squishy high end in one box. It would be great to run two of these and combine it with the Volca Beats. 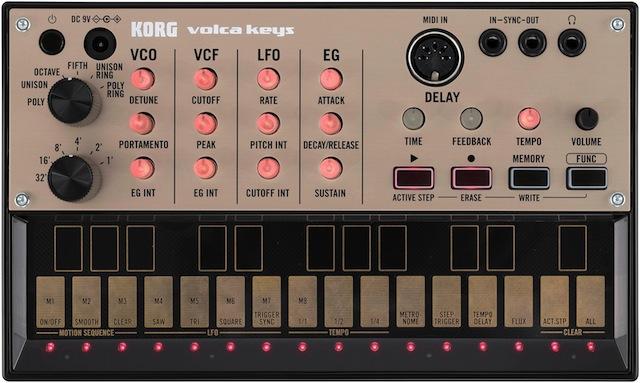 The Volca Keys is a playable and sequenceable synth with a built in delay. Out of the three units, this box is probably the most tweakable, as it probably should be. I was really impressed by the array of features they managed to pack into this little guy; five different voicing functions, built in automation, step sequencing, kick ass delay, etc. The sound of the Volca Keys is thick and sharp, and although all of the Volca boxes have midi functionality, The Keys’ allow it to easily step away from its brothers and be integrated into any setup, electronic or otherwise.

Take a look at these three in action

Save
Cookies user prefences
We use cookies to ensure you to get the best experience on our website. If you decline the use of cookies, this website may not function as expected.
Accept all
Decline all
Marketing
Set of techniques which have for object the commercial strategy and in particular the market study.
Facebook
Accept
Decline
Analytics
Tools used to analyze the data to measure the effectiveness of a website and to understand how it works.
Google Analytics
Accept
Decline